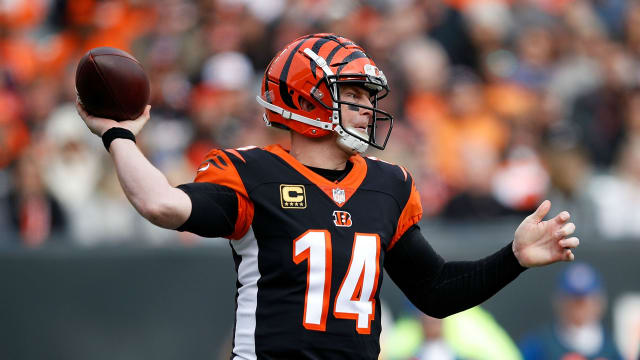 Cincinnati Bengals quarterback Andy Dalton's season is over after he was placed on injured reserve with a thumb injury.

Dalton sustained the blow in the Bengals' loss to the Cleveland Browns on Sunday, a result that marked their third successive defeat and dropped them to 5-6 on the season.

The three-time Pro Bowler ranks 18th in passing yards (2,566) and 11th in passing touchdowns (21). Only Ryan Fitzpatrick, Sam Darnold and Ben Roethlisberger have thrown more interceptions than Dalton this season.

Injuries to Tyler Eifert, A.J. Green and Joe Mixon have contributed to Dalton's struggles, while a league-worst defense has not helped his cause.

In a corresponding move the Bengals claimed Tom Savage off waivers following his release by the San Francisco 49ers. Savage will likely compete for snaps with current second-string quarterback Jeff Driskel for the remainder of the season, with the latter poised to start against the Denver Broncos on Sunday.

Driskel, a sixth-round pick by the 49ers in the 2016 NFL Draft, received his first career regular-season snaps this year. He came in for Dalton against Cleveland and threw for 155 yards and a touchdown.