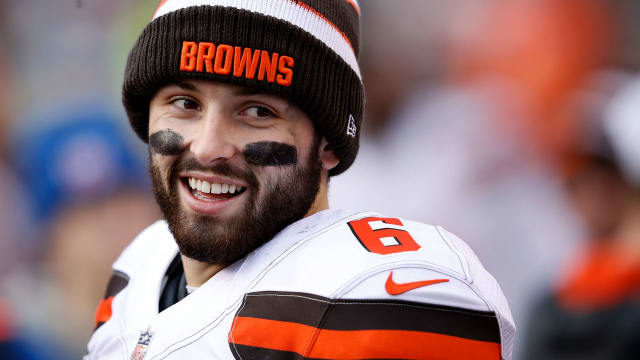 Hue Jackson did not get the warmest of welcomes when he faced his former team Cleveland Browns with the Cincinnati Bengals on Sunday.

Then Cleveland quarterback Baker Mayfield snubbed Jackson after the game, avoiding a hug from the coach that helped select him as the first overall pick in the 2018 draft.

"He left Cleveland and goes down to Cincinnati? I don't know, it's just somebody that was in our locker room asking for us to play for him, and then goes to a different team we play twice a year," Mayfield told reporters afterwards.

"Everybody can have their spin on it, but that's how I feel."

#Browns Baker Mayfield admitted he didn’t like Hue Jackson defecting to the #Bengals so soon. Gave him a chilly reception pic.twitter.com/hF480gMc7N

Jackson spent just over two seasons as the Browns' head coach before being fired at the end of October. The Bengals then hired him as a special assistant.