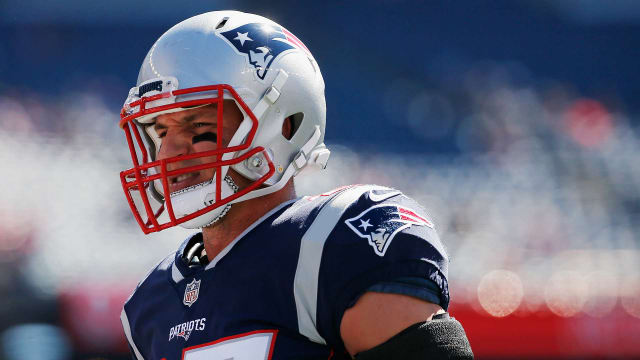 New England Patriots tight end Rob Gronkowski has confirmed he is ready to return to action against the New York Jets on Sunday.

The four-time All-Pro selection has dealt with lingering back and ankle injuries through much of the season and has missed the Patriots' last two games against the Green Bay Packers and the Tennessee Titans.

Gronkowski added: "Sunday afternoon in New York, it’s going to be a hostile environment. It always is. They're a good team. They play hard. I mean, I can't recall a game where I would say they haven't played hard in my nine years playing them.

Gronkowski has 26 catches for 405 yards and a touchdown through six games this season.