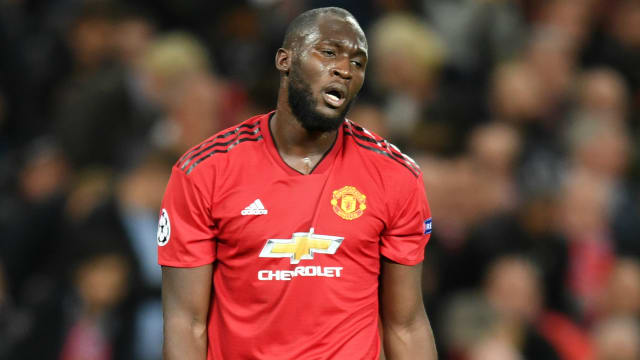 After netting 27 times in his debut season for United, Lukaku has a suffered a severe dip in form, going without a goal in his past 10 appearances.

Dropped for the 2-1 win over Everton, Lukaku has only scored four goals in 15 matches for United this season, with Mourinho worried about the player's confidence.

During the international break, the Portuguese travelled to Belgium to watch the Red Devils' 2-0 win over Iceland in the UEFA Nations League.

"As I told the Belgian press, I went for the weather," he joked. "Beautiful fog, something I don't have here [in Manchester]."

Lukaku then missed Belgium's 5-2 defeat to Switzerland, feeling tightness in his hamstring, and the 25-year-old remains uncertain to start at home to Crystal Palace on Saturday.

"I went there, fundamentally, to be with Lukaku, to feel him, to see his situation and his injury. Roberto invited me to meet him, which I decided not to do, because I don't like to disturb people before matches," he said.

"I was in London within a couple of hours by train, so it was easy to go."