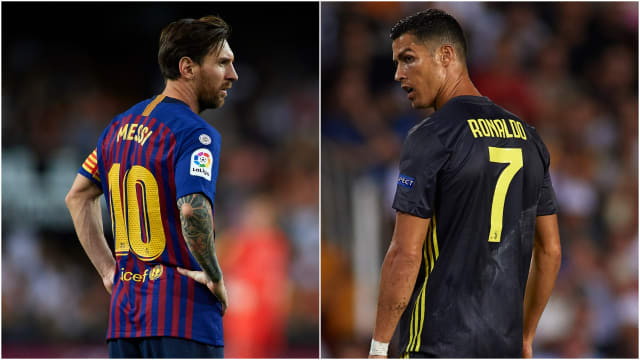 Lionel Messi, Cristiano Ronaldo, Neymar and Kylian Mbappe cannot be rested by their clubs because of an overly busy international schedule, according to Chelsea head coach Maurizio Sarri.

Messi and Ronaldo did not feature for Argentina or Portugal during the international break but Paris Saint-Germain team-mates Neymar and Mbappe were injured on duty for Brazil and France respectively.

The duo could miss PSG's crunch Champions League clash at home to Liverpool on Wednesday, with Reds boss Jurgen Klopp having also called for changes to international fixtures.

Sarri worked with a skeleton squad over the international break but was more fortunate than PSG, with none of his key players returning to club action with injuries.

The Nations League has been hailed as a success but has placed more strain on European internationals in an already physically fatiguing World Cup year, with Sarri insisting it is time for a change.

"There are players, some very important players, that have to play 70 to 75 matches in a season," he told reporters on Friday. "It is a big problem, especially for teams like us. I have about 16 players in their national teams.

"So it's a big problem for modern football."

Sarri on team news: 'As usual after the national teams there are some little problems, someone with a little injury, somebody a little bit tired, but fortunately at the moment we have not big problems.'

At his news conference ahead of Saturday's Premier League trip to Watford, Klopp aired similar concerns over the number of games footballers are being asked to play.

"It's important the boys stay healthy as much as possible, stay fit," he told reporters. "That's the challenge we all face.

"The international break was good for me as a human but as a coach it's crazy. In the middle of the season we have nine days without players.

"Robbo [left-back Andy Robertson] came back and will train today for the first time after two intense games with Scotland. Two games in a week, playing in different positions and having different training - we have to make almost a new start. After two days they [must] learn again what we want them to do.