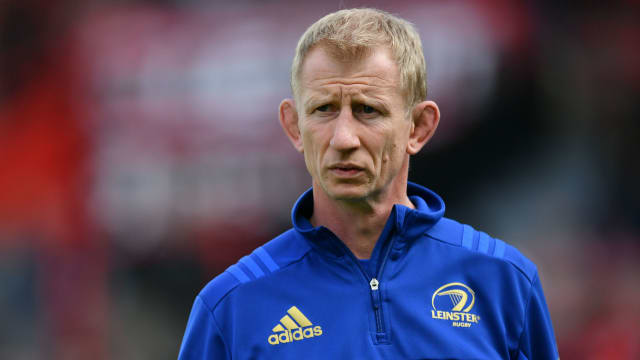 Reigning Pro14 champions Leinster ran riot against the Ospreys on Friday, romping to a 52-7 win at the RDS Arena.

Debutant Scott Penny was among seven different home players to cross the whitewash in an utterly dominant display from Leo Cullen's men, with Hanno Dirksen's late try providing little consolation for the Ospreys.

Both teams were missing several players due to international commitments, but Leinster looked magnificent despite the absence of many of their biggest names. They now sit 10 points clear at the top of Conference B, having won eight of their nine league matches this term.

Glasgow Warriors hold an even bigger advantage of 13 points at the summit of Conference A, after thumping Cardiff Blues 40-15.

The Warriors had a bonus point in the bag before half-time, while Niko Matawalu claimed two of their six tries on his 100th appearance for the club.

Your man of the match this evening between @GlasgowWarriors and @cardiff_blues

Who else? It's of course Niko Matawalu, collecting his award from Stuart Liddle#GUINNESSPRO14#GLAvCBLpic.twitter.com/kqH7NIE5hh

Friday's other match saw the Scarlets overtake Ulster in Conference B with a bonus-point win over the Irish province.

The Scarlets ran out 29-12 winners, prompting head coach Wayne Pivac to say: "Job done, really. There was a lot to play for. It was certainly what we asked for."