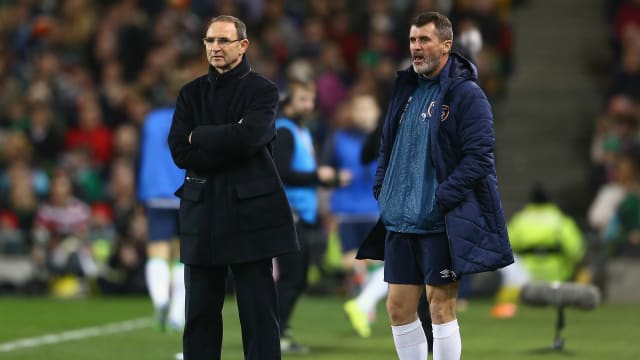 Martin O'Neill has stepped down from his role as manager of the Republic of Ireland following Nations League relegation.

Ireland appointed O'Neill in November 2013 and he was joined by Roy Keane as assistant, with the former Manchester United captain also losing his job on Wednesday.

Initially the pair made a strong impact and guided Ireland to Euro 2016, where they managed to get through as one of the best third-place finishers in a group containing Sweden, Belgium and Italy, eventually losing out in the last 16 to hosts and eventual finalists France.

But they failed to qualify for the World Cup and then endured a miserable start to life in the Nations League, ultimately getting relegated from Group B4 with just two points from four matches against Wales and Denmark.

The Football Association of Ireland (FAI) president Donal Conway applauded O'Neill and Keane for their contribution.

"On behalf of the FAI Board, I would like to thank Martin, Roy, and the management team for their work with the Republic of Ireland team over the last five years," he said in a statement on the FAI website.

"Martin ensured that we enjoyed some great nights in the Aviva Stadium and on the road in Lille, Vienna, and Cardiff, which were fantastic high points for Irish football."

It was against the Danes that Ireland's World Cup qualification campaign ended embarrassingly in November last year, as they were trounced 5-1 at home in the second leg of the play-offs having secured a 0-0 draw on the road.

That defeat was the start of a run of just one win - 2-1 in a friendly against United States - in 10 matches, the most recent outing being another 0-0 stalemate away to Denmark on Monday, sealing their fate in UEFA's new competition.