Aubameyang 'trying to get fit' for Bournemouth clash 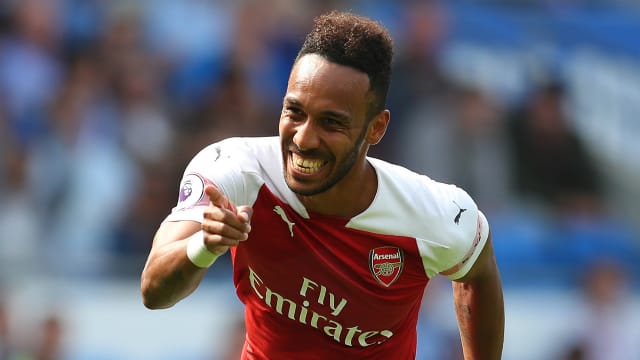 Pierre-Emerick Aubameyang says he is "trying to get fit" ahead of Arsenal's trip to Bournemouth in the Premier League.

Arsenal have something of an attacking injury crisis with Danny Welbeck sidelined long-term with a broken ankle that required surgery.

Neither Aubameyang nor strike partner Alexandre Lacazette featured for their countries during the international break due to injury.

Lacazette, who did not go to the World Cup, was called up by France but could not take his place in the squad due to a knock.

But the Gabon forward has assured supporters he is doing everything he can to be available to Unai Emery for Sunday's game at Vitality Stadium.

Trying to get fit ASAP pic.twitter.com/O140yNGA5r

"Trying to get fit ASAP," Aubameyang posted on Twitter alongside a photograph of him in training for Arsenal.

Aubameyang has been one of Arsenal's star performers in the Premier League this season, earning October's Player of the Month award.

The 29-year-old has scored nine goals in all competitions this season with his seven strikes leading the scoring charts for Arsenal in the league.

Arsenal are fifth in the Premier League, three points behind rivals Tottenham - who they face in both the league and EFL Cup next month - in the race for Champions League qualification.

Emery's men won 11 games in all competitions following defeats to Manchester City and Chelsea at the start of his reign, but have since won one of their past five games.