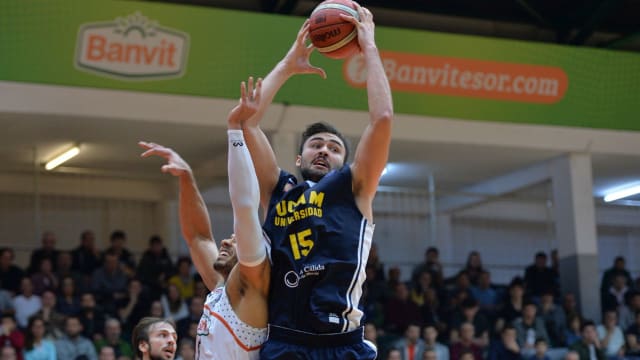 Murcia consigned Banvit to a rare home defeat in the FIBA Champions League by edging a 63-62 victory and Telekom Baskets Bonn dished out another thrashing to Opava on Tuesday.

Banvit had only lost three of their 22 home matches in the competition - winning the last four - but they were edged out as Murcia improved their record to 6-1 at the top of Group A.

Alex Perez's game-high tally of 14 points was in vain, Emanuel Cate taking 10 rebounds as the Spanish side held on for the narrowest of victories.

Opava were looking to end a run of five consecutive defeats - by an average margin of almost 20 points - but they were consigned to a 114-77 drubbing against Bonn.

Charles Jackson scored 19 points and claimed eight rebounds in a one-sided Group B encounter, improving Bonn to 3-4 and leaving Opava still with just the one victory.

Umana Reyer Venezia needed overtime to see off Fribourg Olympic 96-86 in another Group B clash.

There were victories for struggling Filou Oostende and Medi Bayreuth over SIG Strasbourg and Neptunas Klaipeda respectively in Group D.