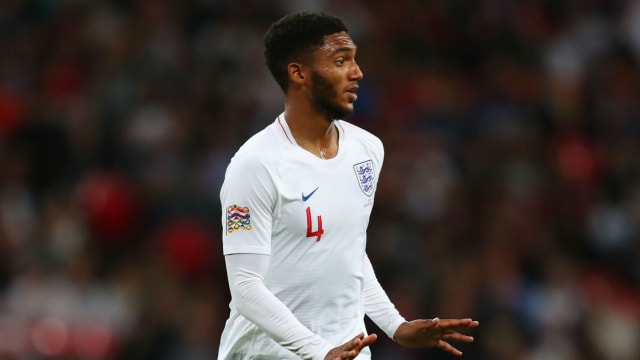 Joe Gomez has credited mentors at both club and international level for his rapid development.

Aside from the throw-in that led to England's equaliser, the 21-year-old put in a measured performance in their 2-1 win over Croatia on Sunday in the Nations League.

At club level, meanwhile, Gomez and Virgil van Dijk have been the basis on which Liverpool have built their Premier League-best defence.

Gomez believes both Van Dijk and England teammate John Stones have helped him, while benefitting from good surroundings for his club and national team.

"Virgil's been massive. He's a top player. I think he has proven that last season and this season," he told the Independent. "I mean, I'm in a great environment to learn. Stonesy (John Stones) here likewise, Harry Maguire, so many players and Virgil has been massive for me.

"It's a great group to come into. The coaching staff, the boys, a great back four as well. Obviously, Stonesy is a top player and we get along and he helps me as well. Walks (Kyle Walker) likewise on the other side, so it's a credit to them really.

"They help me through and I just enjoy being part of something like that for my country.

"I'm still a young player, I'm still learning so all I can try to do is soak up what's around me and I've got great individuals, great people to learn from and inspire to be like as well as how I want to play, so I'm grateful to be in the position I'm in and learn from the people I am."

Despite his burgeoning talent and role in England's fightback on Sunday, the defender is wary of being singled out as a throw-in specialist, believing he and Gareth Southgate's side have more to offer.

"It's not something that we're going to rely on or feel like that's all we are going to do when the ball goes out of play, because we're a footballing side," Gomez said.

"And likewise, I don't want to just be seen as that, but we're buzzing and it's nice to be involved."