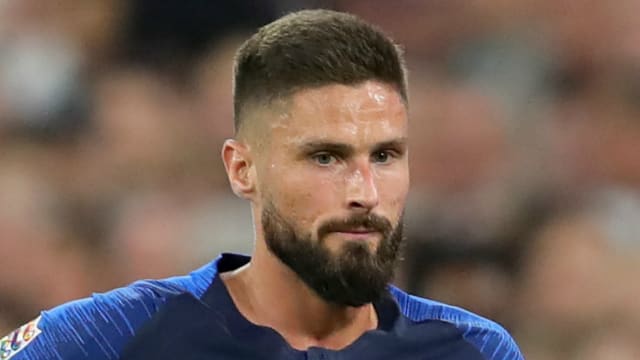 Giroud converted a 52nd-minute penalty to give the World Cup champions a 1-0 friendly win at the Stade de France.

That the Chelsea striker took the spot-kick was a surprise and Deschamps lauded Griezmann for the gesture.

"Antoine is, I was about to say too kind, but not here. He has such amazing team spirit, it's exceptional," Deschamps told a news conference.

"He is always working for the team, and even in a difficult game like on Friday against Netherlands, he tried so hard, he gave all he could.

"We had a situation where he wanted to help Olivier. This gesture shows the wonderful spirit and the sense of teamwork we have at the moment within the group."

While it was Giroud's fourth international goal of the year, he has struggled for Chelsea this season.

The 32-year-old has scored just once in 12 games, including not yet netting in nine Premier League matches.