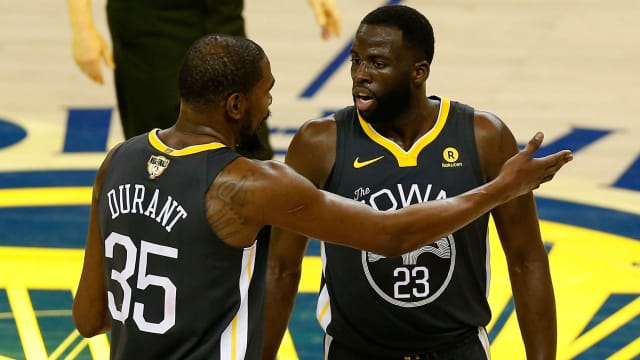 Green was given a one-match suspension following an on-court row with Durant, which is said to have continued in the locker room after the defeat to the Los Angeles Clippers on Monday.

Amid reports that Golden State have taken one side over the other, Lacob stated that the Warriors support both players.

"I’ve read and heard all the things people are talking about," Lacob said. "That we're choosing one person over another. We're not choosing anybody over anybody.”

Lacob went on to say the decision to suspend one player over the other was because of Green's role in the heated exchange.

“The point is, whether it would be any employee, they'd have to act certain ways to be our employee. Draymond knows that he went beyond - won't say what he did, or what he said, or anything like that - he went beyond what we felt appropriate, so it didn't matter who it was.

"And he understands that, by the way. I've been texting with him, and he totally gets it. I do have a great relationship with him, and I still do."