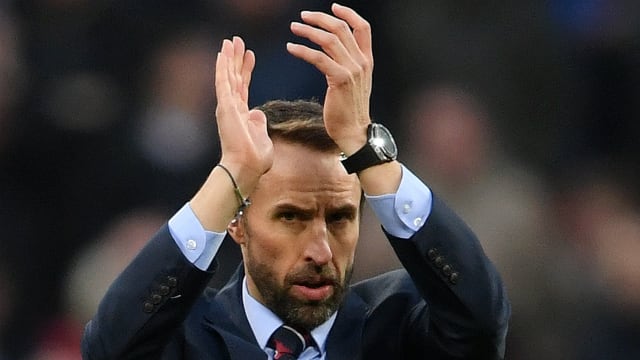 Gareth Southgate feels England's 2-1 Nations League triumph over Croatia demonstrated how his side have continued to improve since the 2018 World Cup.

Andrej Kramaric's deflected strike 12 minutes into the second half put Croatia on course for qualification from a tough group that also included Spain, only for the hosts to produce a late rally at Wembley.

Substitute Jesse Lingard tapped home an equaliser before Harry Kane stabbed in an 85th-minute winner, securing top spot in the table and a place in the knockout stages of the competition.

Having lost to the same opponents at the semi-final stage at Russia 2018, Southgate was pleased to see his players prevail in a pressurised situation, aided by the support of a vocal crowd inside the national stadium.

"We didn't discuss relegation, we just saw this as an opportunity. We saw it as a quarter-final," the England boss told Sky Sports.

"It's great as we had to live with the pressure. We've come out of an incredibly tough group, in terms of form and world rankings, the toughest.

"We haven't sat back after the summer and preened ourselves. We've progressed. People can see the style and start to believe in what we're doing.

"The biggest thing is the connection with the fans - I haven't seen the new Wembley like that. The support feels special."

Stick together. Win together. #threelionspic.twitter.com/8tFsHA6pjK

As was the case in the last-four tie in Moscow, England were the better side in the first half but failed to capitalise on their dominance.

However, Southgate pointed to the strength in depth as a key factor in turning the game around, with Lingard not only scoring at one end but also clearing Domagoj Vida's header off the line with the score at 1-1.

"I felt we were more in control in the first half than we were in the semi-final [at the World Cup]. We were much more controlled in possession," Southgate said.

"It felt as if we could open them up and make good chances. The players are starting to believe in the system. We have some players so comfortable building from the back.

"The depth in the squad since the summer has grown with the young players. Whoever comes in during this competition have all delivered.

"We felt the balance in the midfield was important. We knew if we had to accelerate, we had game-changers on the bench. In the last five minutes we were mature enough to see things through."