Modric not worried about Ballon d'Or 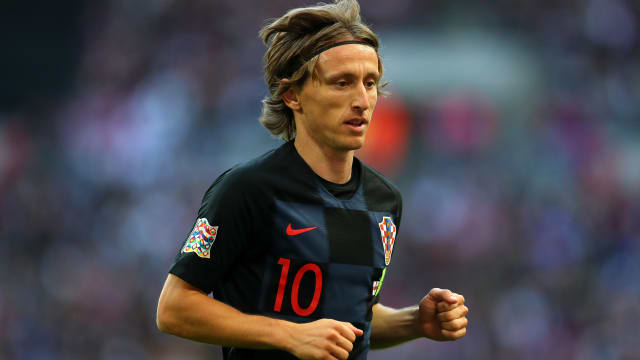 Real Madrid and Croatia star Luka Modric is not worried about winning the Ballon d'Or, saying he had a great year whether he claimed the prize or not.

Modric, 33, is a favourite to win the coveted individual honour after helping Madrid to the Champions League title and leading Croatia to the World Cup final in 2018.

But the midfielder, already named FIFA's Best Men's Player in September, said he was unworried about the Ballon d'Or.

"I said last time I'm honoured to be in this competition for this great award," Modric said after Croatia's 2-1 loss to England in the Nations League on Sunday.

"If it happened, no-one [will be] happier than me, but if not, nothing will change.

"My year was great and that's it."

Croatia's defeat at Wembley saw them relegated from League A of the Nations League after finishing third in Group 4.