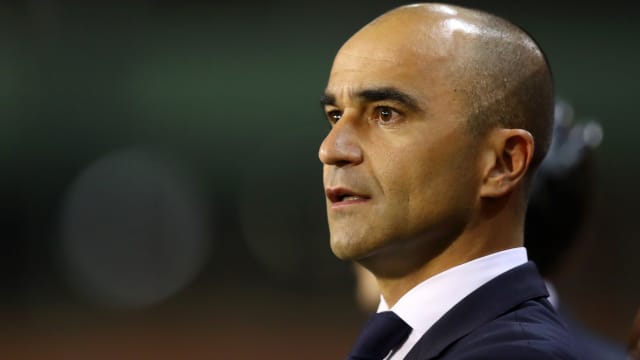 Belgium coach Roberto Martinez lamented his team's failure to regain control during a surprise 5-2 loss to Switzerland in the Nations League on Sunday.

A Thorgan Hazard brace had Belgium in control in Luzern, only for the hosts to take the lead before half-time on their way to a win that sent them into the Nations League Finals.

Martinez was happy with his team's start but said they simply gave up control of the game and were never able to regain it.

"We started the game very well. We scored two goals and at that point we were well in control," he said, via UEFA.com.

"I think what happened was the nature of the game, as it is almost like a final. Switzerland had to put all their men forward and created a momentum.

"The penalty changed our feeling, we did not defend well enough any more, we allowed them a lot of space.

"At 2-1 we just had to start all over controlling the game again, and somehow we just couldn't and that was a disappointment."

Disappointed we couldn't qualify for the #FinalFour  @Fanclub1895 thx 4being with us this #NationsLeague !

See you next year #REDTOGETHER#SUIBELpic.twitter.com/u1h7Va9A4m

The win saw Switzerland finish top of Group 2 in League A courtesy of head-to-head goal difference.

Seferovic hailed his team's performance after a slow start, saying: "We were asleep for the first 20 minutes, but after that it was the perfect performance by us.