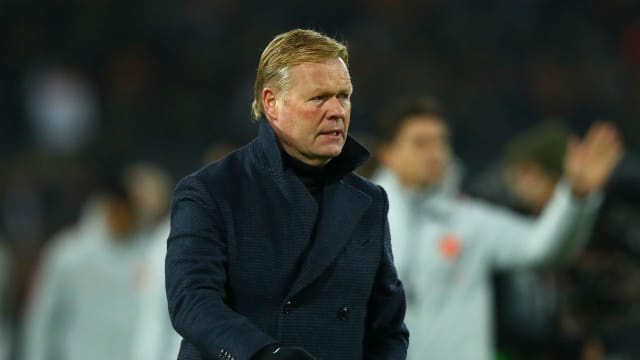 Ronald Koeman rejected suggestions Netherlands will be favourites for their Nations League clash with Germany, despite the 2014 world champions having already been relegated from their group.

Germany's miserable 2018 campaign has continued after their group-stage exit at the World Cup, Joachim Low's side failing to win any of their opening three Nations League matches.

With France and Netherlands both beating Germany, it meant their relegation from League A has already guaranteed no matter what happens in Monday's clash in Gelsenkirchen.

Avoiding defeat would see Koeman's revitalised Dutch squad pip France to a place in the Nations League Finals next year, but the coach does not believe his side are guaranteed to secure progression.

"I don't think it's reasonable to see us as the favourites," Koeman told a media conference.

"Playing against Germany is much tougher than against France for us, because France are more patient then Germany.

"I don't think Germany have to panic. They still play good games, although the World Cup was not so good, in the Nations League they could have won some games.

"They still have a lot of talent but transition takes time. I understand it's hard for [the] Germans because they are, even more than us, used to winning a lot."