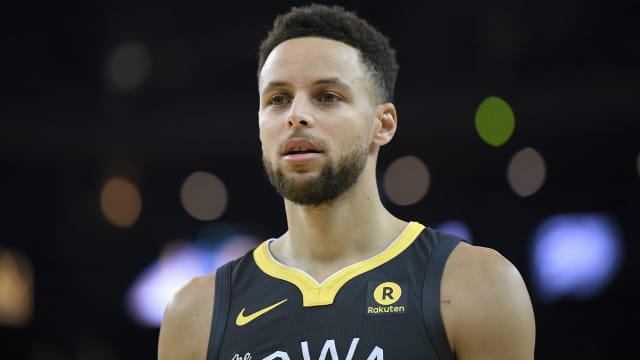 Stephen Curry is proud about the way the Golden State Warriors handled the altercation between Draymond Green and Kevin Durant.

Green was involved in a heated verbal exchange with team-mate Durant during the team's 121-116 overtime loss to the Los Angeles Clippers last week and their argument reportedly continued in the locker room after the game.

The team then suspended Green for their 110-103 win over the Atlanta Hawks one day later.

Curry, the Warriors star who has been out since November 8 with a groin injury, discussed the incident when he met with reporters on Saturday.

"I think the way we've handled it as a team, the way Draymond's handled it, the way KD's handled it, it's been nothing but professionalism and understanding that it's about the team," Curry said (via ESPN).

"We have the opportunity to do something extremely special this year. There's going to be ups and downs and bumps in the road, whether it's self-inflicted or whether it's from outside.

"I'm extremely proud of the way we've handled this last week. It's an opportunity to really implode and crumble, but that's not going to happen."

"Very authentic in terms of not sugarcoating anything," Curry said about Kerr. "Understanding the reality of the situation but also try to just keep us focused on how do we move forward as a team. That's really the most important thing.”

The Warriors head into their matchup against the San Antonio Spurs on Sunday with a 12-5 record.