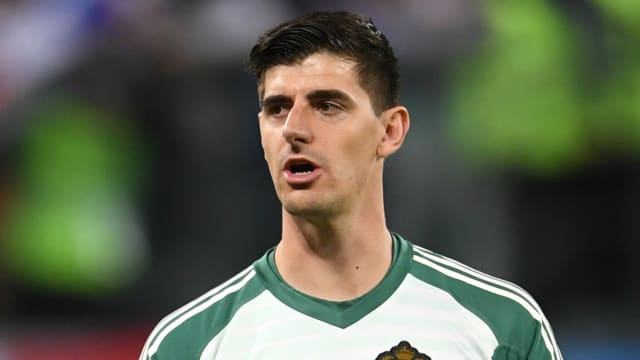 Thibaut Courtois blamed overconfidence for the bewildering 5-2 capitulation to Switzerland that cost Belgium a place in the Nations League Finals.

Roberto Martinez's men were cruising towards the point required to top Group 2 in League A after Thorgan Hazard's brace put them in control in Lucerne.

Switzerland, left needing a two-goal victory to advance, conjured a remarkable response to lead 3-2 at half-time, before Nico Elvedi and hat-trick hero Haris Seferovic completed the unthinkable after the interval.

Courtois was powerless to stop the onslaught and diagnosed a premature sense of security as contributing to the Red Devils' downfall.

"We started well, took the early lead and doubled it also. Then we started to lose duels and gave away a stupid penalty," Courtois said of the Nacer Chadli foul that handed Switzerland a lifeline.

"Suddenly the Swiss got hope for more. I think after our 2-0 lead the feeling went into our team that it could not go wrong.

"But this is a high-level competitive match and hopefully not reaching the final four will teach us a lesson for the future."

Disappointed we couldn't qualify for the #FinalFour  @Fanclub1895 thx 4being with us this #NationsLeague !

See you next year #REDTOGETHER#SUIBELpic.twitter.com/u1h7Va9A4m

"This is more than an enormous disappointment," the wing-back said. "After the 2-0 lead we had everything in our own hands. It was a perfect game for us.

"We could have scored even more. But then they scored three out of three chances, it was really unbelievable.

"It was just not enough from our side. I think we just thought we reached the final four already. Tonight was the worst match with the Red Devils in my career."