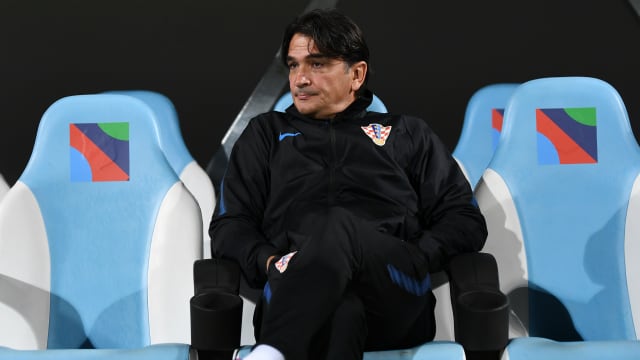 Zlatko Dalic believes playing at Wembley will be motivation enough to ensure fatigue does not derail Croatia against England in the Nations League on Sunday.

Croatia were involved in a pulsating 3-2 win over Spain on Thursday – a result which means all three teams are in the race to qualify from Group 4 of League A going into the final match.

A win for England or Croatia would guarantee promotion a place in the Nations League Finals, but the prospect of relegation also looms for both sides.

Dalic admits that the win over Spain took a lot out of his players but is confident that playing in a stadium as iconic as Wembley will give his side the lift they need.

"We are tired," said the coach.

"Kick-off is at 2pm, which is not the best. But what can we do? We will try to make it a spectacular day.

"I hope we can be totally fit and we can play at our best.

"It was not easy [against Spain], but to play against England at Wembley means we are motivated."

Sunday's clash is the third time the two sides will have met this year, following Croatia's World Cup semi-final win in Russia and the goalless draw in last month's reverse Nations League fixture in Rijeka.

Dalic, though, insists the rivalry is friendly and that he will not take extra measures to combat forward Raheem Sterling, who lit up England's win over Spain last month with two goals.

"Both teams know each other," he added.

"It's a positive atmosphere and rivalry on the pitch. We beat them in the semi-final of the World Cup, which was the most important result.

"We know what we have to do. They don't only have Raheem – they have a lot of fast players. It's a large pitch and they have strong and fast players."

Winger Ivan Perisic – who scored Croatia's equaliser in their World Cup win over Gareth Southgate's men – believes if his side play to their full capability, they will emerge victorious.

"It's difficult to say who is the favourite," he said.

"You can expect a really tight match, but if we play to our best, we can win the match."