Van Dijk: Ramos is not my type of defender 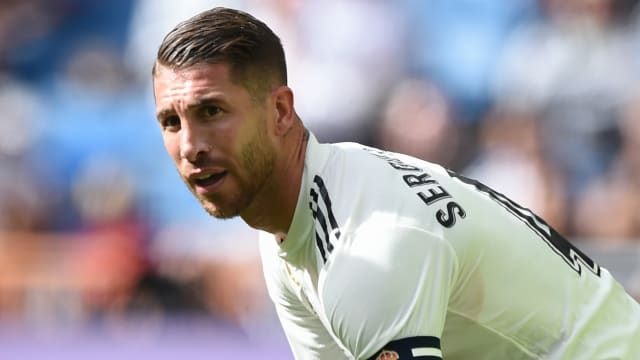 Virgil van Dijk has weighed in on Liverpool team-mate Dejan Lovren's feud with Sergio Ramos, describing the Real Madrid captain as "not my type of defender".

Lovren mocked Ramos in the lead up to Croatia's Nations League victory over Spain on Thursday, claiming the Madrid man is made to look better by team-mates, and took another swipe after the game.

The Liverpool man was filmed in an Instagram video calling Ramos and the Spain squad "p******", before uploading a picture of himself beating Ramos in an aerial duel in a separate post.

Ramos had attempted to defuse the row in a pre-game news conference, insisting he had no interest in responding to the initial criticism, but Lovren claimed Luis Enrique's side lacked class in defeat.

Van Dijk – who featured in Netherlands' 2-0 Nations League win over France on Friday – now appears to have thrown his support behind Lovren by saying that while he does rate Ramos, he prefers his Madrid team-mate Raphael Varane.

"He is a great player and I respect what he has achieved but he is not the best, he is not my type of central defender," Van Dijk told De Telegraaf.

What a night!! What a team!! We must now keep working hard and keep getting better! Enjoyed the amazing atmosphere in the stadium! it was a night to remember  @OnsOranjepic.twitter.com/PYhblTWkyG

"Ramos' team-mate at Real Madrid, Raphael Varane, is my favourite. He is an excellent defender and has already won a lot."

The origin of Lovren's dispute with Ramos appears to go back to the Champions League final in May when the Madrid defender's robust challenge on Mohamed Salah ended the Egyptian's participation in the match.

Van Dijk believes Madrid took advantage of Salah's absence by ganging up on young full-back Trent Alexander-Arnold and feels the result might have been different had their talisman remained on the pitch.

"I do not know if it was deliberate but mentally something changed when Salah came off," he added.

"Suddenly, Marcelo, [Karim] Benzema and [Cristiano] Ronaldo all appeared at Trent's side and left the entire right side. With Salah they never dared to do that.

"The match could have been different [had Salah stayed on].

"I sometimes think about the match but I hope to be in the final again and on the right side of the score."