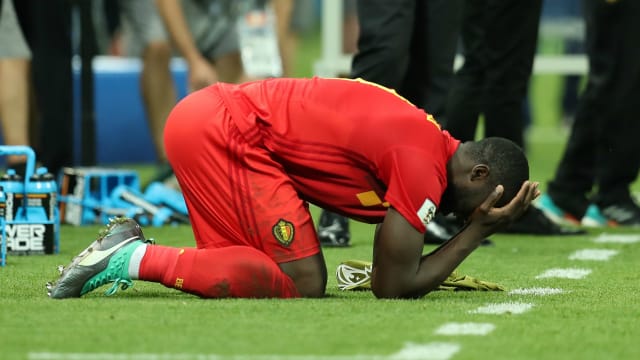 Romelu Lukaku is out of his country's crucial Nations League clash against Switzerland, Belgium confirmed in a statement.

Lukaku was unable to play in Thursday's 2-0 home win against Iceland in League A's Group 2.

And a hamstring injury will keep the Manchester United striker out of Sunday's decider in Switzerland.

Lukaku returned from injury in the Manchester derby last weekend, winning a penalty in United's 3-1 loss away to rivals Manchester City.

But he has not been deemed fit enough to travel with the rest of Roberto Martinez's squad.

Michy Batshuayi is an option to feature in attack for Belgium after he scored both goals against Iceland.

Yannick Carrasco is unavailable because of a passport problem, with Martinez having called up Liverpool forward Divock Origi as his replacement.

Belgium will go through to the inaugural finals of the Nations League if they avoid defeat against Switzerland, who lost a friendly 1-0 to Qatar on Wednesday.