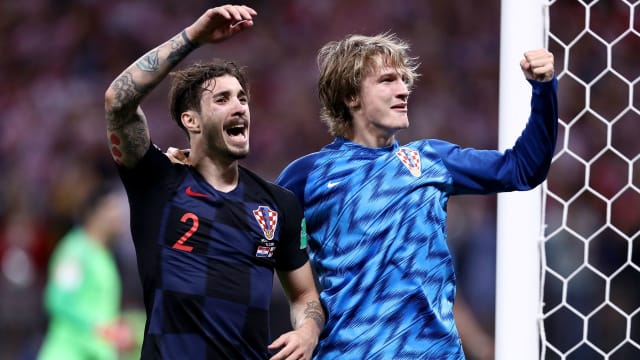 The World Cup finalists endured a miserable start to their Group 4 campaign in League A - thrashed by Spain in the reverse fixture and drawing with England - but they now head to Wembley in contention for a Finals place after an incredible finish in Zagreb.

A tame first half was followed by a frantic second as Croatia were twice pegged back by a rampant Spain side, Dani Ceballos levelling after Andrej Kramaric's opener, before a Sergio Ramos penalty cancelled out Jedvaj's first international goal.

But the Croatia full-back ensured his side would not be denied, lashing in a rebound in the dying seconds to keep the hosts in the running.

Spain, meanwhile, face a nervous wait after completing their group campaign, now requiring a draw between the two teams in London to reach next year's knockout stage.