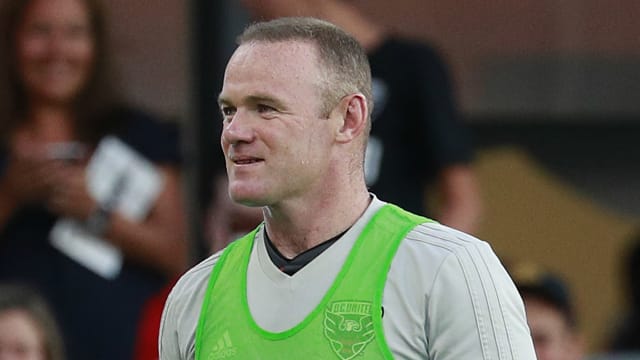 Wayne Rooney's involvement in England's game against the USA does not devalue the match according to interim States coach Dave Sarachan, who said the forward "will not be out of place".

The friendly was originally billed as a warm-up for England's Nations League clash with Croatia but Rooney's inclusion, two years after his last appearance for the Three Lions, has led pundits like former striker Alan Shearer to suggest the game has been reduced to a testimonial.

Sarachan claimed that Rooney's outstanding performances for DC United in the MLS added credibility to Gareth Southgate's decision to include the 33-year-old.

"If he scores against us tomorrow I won't be happy about the decision!" laughed Sarachan.

"I have thought about it because I know it has caused controversy. My feeling on that is maybe a little different.

"I think a player like Wayne Rooney, who had such a terrific international career, to have an opportunity to reward him for that as a federation, I kind of applaud that.

"I don't think it devalues the game. I would think different if Wayne had retired from football three years ago and they said 'hey, why don't you just jump in' but he is coming off the back of a very impactful season in the States.

"He is fit, I'm sure he will not be out of place, he is in good form. Given all of that, I think when you have the opportunity to reward a player like that, I don't think that is a bad thing at all."

Rooney has scored 12 goals in 21 appearances for DC, helping the club rise from the bottom of the Eastern Conference to finish fourth.

Sarachan paid tribute to the impact England's all-time leading goalscorer has had in the MLS since his transfer from Everton to DC in June, and said there would be an increased interest from across the Atlantic in the action at Wembley.

"The American fan is more sophisticated than you think," Sarachan told reporters.

"Having Wayne there was a big bonus for many people who follow football.

"Having him in this game will see it followed a bit closer, given they have seen him in our country and the impact he has made."