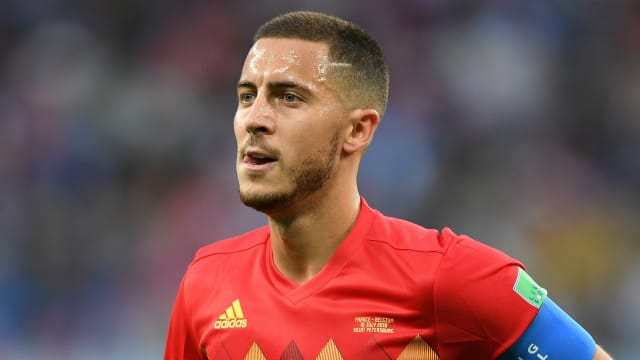 Hazard is already enjoying a stellar season for Chelsea and is close to helping Belgium reach the Nations League finals.

Martinez said the 27-year-old led by example as he praised Hazard's impact on the national team.

"He's been a very good leader," he told a news conference.

"There are many different types of leaders but I think what Eden Hazard brings is someone you can get influenced by and who is an incredible source for younger players and who has been someone who can never, ever get affected by the pressure of the game or the pressure of the situation.

"And he enjoys his football and is always decisive for his play and a role model for all of us."

Belgium meet Iceland and Switzerland in the Nations League this month as they look to finish top of Group 2.

"He is still so cool and never gets annoyed. He is never stressed, even if it's an important game during the World Cup.

"Since he started his career, he has done amazing stuff until now."