Injured Holder out of Bangladesh tour 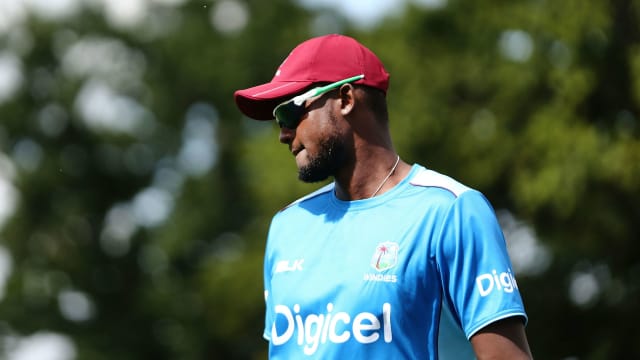 West Indies will be without captain Jason Holder for their upcoming tour of Bangladesh due to a shoulder injury.

Holder featured in the five-match one-day series in India but has suffered "a partial thickness tear of the subscapularis tendon in his shoulder," according to a West Indies Cricket Board statement.

While the skipper undergoes physiotherapy and rehabilitation in Barbados, Kraigg Brathwaite will lead the side for two Tests, three ODIs and three Twenty20 internationals against Bangladesh.

"I am definitely disappointed not being able to make the tour to Bangladesh," Holder told the Barbados Cricket Association website.

"But based on the advice from the medical team, we felt this was the best course of action to deal with the ongoing issues I have been having with my shoulder and prevent further damage.

"I've been having issues with my shoulder since the World Cup Qualifiers in Zimbabwe in March. Since then I have been trying to manage it and the pain levels, but it has got to a point now where I've got to take time to correct it so that going forward I have no further issues.

"Obviously I am disappointed to miss the tour but I know the boys are capable of beating Bangladesh."

All-rounder Raymon Reifer takes Holder's place in the touring party in the only change from the group that travelled to India.

Chittagong and Mirpur host the two Test matches, with the latter venue sharing the limited-overs fixtures with Sylhet.