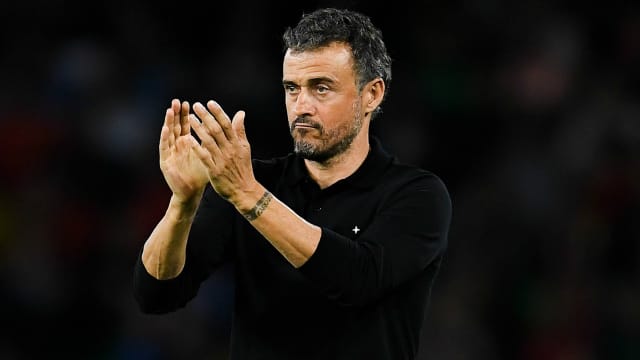 Luis Enrique does not expect Spain's 6-0 thrashing of Croatia in September to have any impact on Thursday's Nations League meeting in Zagreb.

Spain destroyed the World Cup finalists in Elche on September 11 and will reach the finals of the competition if they win the reverse match this week.

Croatia, though, need to beat both La Roja and England in order to go through, and Luis Enrique therefore predicts a difficult encounter.

"I think this game is totally different to the one we played in Elche," he told a news conference on Wednesday. "It's key for both, and decisive, because they still have chances to go through.

"It's the first game that will be everything or nothing. If we win, we qualify, and if not, there will be chances for the others. It's a vital game for us.

"You can't take the Elche game as a reference to prepare some aspects, but, in any case, we have looked at what Croatia did before against us and what they had done previously.

"[Croatia boss] Zlatko Dalic has said they were going to attack and I'm sure of that, because they have to win. Another result is worth nothing to them."

Luis Enrique says he has yet to decide on his starting line-up and claims there are no guaranteed names when it comes to his first team.

"Everyone looks ready to play," he said. "The 24, in terms of how they have trained, are ready to play. I have 24 players available for this game and, until they show otherwise, the 24 are first choice.

"I still don't know the starting XI. I'll think about it tonight."