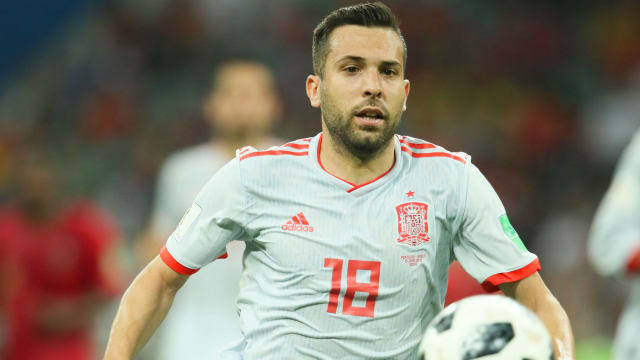 Jordi Alba insists he has no issues with Luis Enrique despite being left out of the new Spain coach's first two squads.

Luis Enrique was appointed Spain boss in July, but Alba had been a surprise omission for the 48-year-old's first four games in charge.

The Barcelona defender is back in favour for the concluding Nations League clash with Croatia and a friendly against Bosnia-Herzegovina, however, and has dismissed reports of a fallout with the coach, whom he worked under at Camp Nou between 2014 and 2017.

"It is always exciting to be selected for the national team, but this time even more so," Alba told a media conference.

"There are no problems whatsoever with Enrique. He helped me a lot at Barcelona and I do not know anyone who would say a bad word about him.

"I have never had any problems with him or his coaching. We know each other very well and this should benefit us both.

"He is a boss who has won many titles and has had a great career. The way he deals with players is very good.

"I am obviously very thankful for all the messages and support I have received, it is an exciting time for me and for the team."