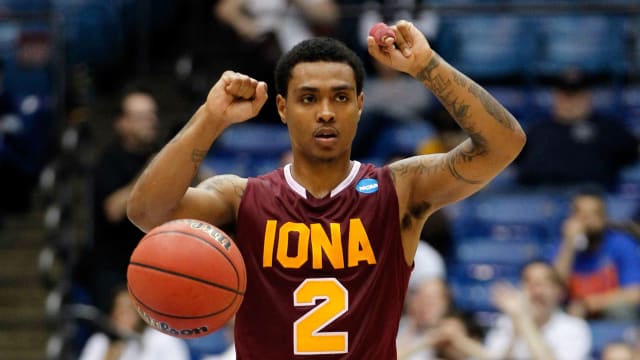 UCAM Murcia's winning start to the Basketball Champions League was ended in remarkable fashion by Group A basement side MHP Riesen Ludwigsburg.

The Spanish side had triumphed in their opening five matches, but that run could not extend to a topsy-turvy contest in Germany as Ludwigsburg ran out 81-80 winners.

Ludwigsburg were semi-finalists last term but have been dismal in the current campaign, losing every game until this clash, where a big fourth quarter cancelled out the efforts of Murcia's Ovie Soko (15 points, 12 rebounds, five assists).

There were still 26 seconds remaining when Lamont Jones nudged the hosts in front, but Murcia could not muster a response and saw their perfect record shattered.

Banvit are now just one game back at the top of the standings after they defeated Anwil 75-68.

While that 65-59 victory - with 28 points from Vince Hunter - kept the Athens outfit on a winning streak, JDA Dijon have lost five in a row following an 80-61 humbling at hope to Telenet Giants Antwerp.

In Group D, Promitheas Patras bounced back from a first reverse last time out by edging past Neptunas Klaipeda 83-82, while medi Bayreuth beat Petrol Olimpija.

UNET Holon and Nanterre 92 each scored big in respective Group B wins over Telekom Baskets Bonn and Umana Reyer Venezia.