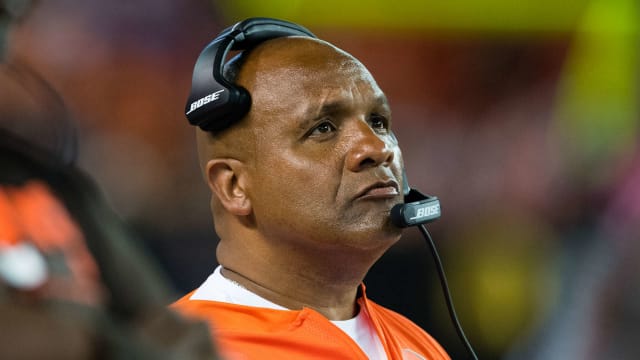 Jackson was fired by Cleveland in October after the team opened the season with a 2-5-1 record, making him 3-36-1 following his appointment by the Browns in 2016.

"I'm pleased to have the opportunity to join the Bengals this season. There is a lot of talent on this team, and I look forward to doing my part to help it finish the season strong," said Jackson in a statement.

Lewis will be leaning on Jackson for assistance with the Bengals' defense after coordinator Teryl Austin was fired on Monday.

"I have a great comfort level with Hue and his ability to assist me with the day-to-day responsibilities on defense, including analysing our opponents and helping me on game days with the players and defensive coaches," said Lewis.