Slater and Thurston among Queensland greats to join Maroons staff 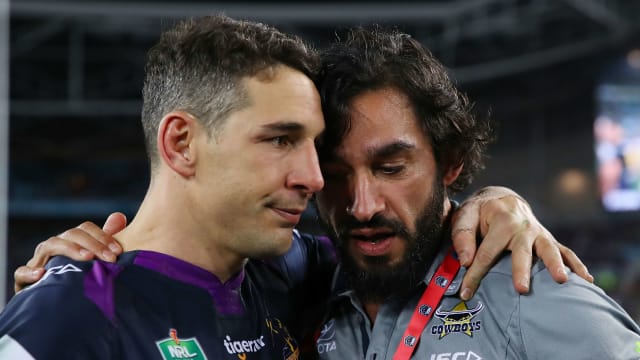 Johnathan Thurston and Billy Slater are among a quartet of Queensland Maroons icons that will join the backroom staff for the 2019 State of Origin series.

Thurston and Slater will be joined by Justin Hodges and Petero Civoniceva in assisting Kevin Walters.

New South Wales Blues beat the Maroons for only the second time in 13 Origin series this year and Walters says a fresh approach is needed.

The recently retired Thurston and Slater will coach and mentor the players, while Hodges takes the role of assistant coach and Civoniceva has been installed as team manager.

"Trevor Gillmeister is a Queensland legend and Tony has worked tirelessly with the team for nearly 20 years as a trainer," said Walters.

"They have been great servants, but I just felt that the time was right to get fresh faces in and around the team with the next generation of players coming through."