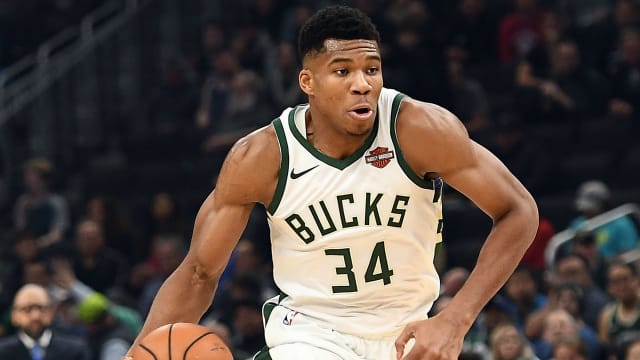 The Milwaukee Bucks have been road warriors in November and they overcame the Nuggets 121-114 in Denver on Sunday.

The Bucks took their show on the road once more, roughly 24 hours after losing in overtime to the Clippers in Los Angeles.

Playing their sixth game in 11 days, and fifth in eight, you would have expected the Bucks to be out of gas. Instead, they beat a very good Nuggets squad in a matchup of 9-3 teams.

For a team that would have had every excuse to be tired – which often leads to poor shooting – Milwaukee were hot from the field, shooting 57 per cent overall and 50 per cent beyond the arc. Giannis Antetokounmpo (22 points), Khris Middleton (21) and Malcolm Brogdon (20) all scored 20 or more points.

Five of the Bucks' six games in that 11-day stretch were road games, including stops at Boston, Portland and Golden State. The Bucks finished 3-3 in that brutal run of games, their toughest schedule stretch of the season. Milwaukee now get a couple of days off before beginning a six-game homestand on Wednesday against the Grizzlies.

One night after a dreadful shooting performance against the Spurs, James Harden was firing on all cylinders against the Pacers on Sunday. Harden scored 40, hitting nine-of-20 shots (including eight-of-18 three-pointers) to key the Rockets' 115-103 victory.

Tyson Chandler won the game for the Lakers with a last-second block.

TYSON CHANDLER wins it for the @Lakers with the clutch rejection! #LakeShowpic.twitter.com/ApGZOXsewt

The Warriors (11-2) will face their second game without Stephen Curry, who is out with a groin strain. The Clippers (7-5) have won three of four games, including an impressive overtime win against the Bucks on Saturday.