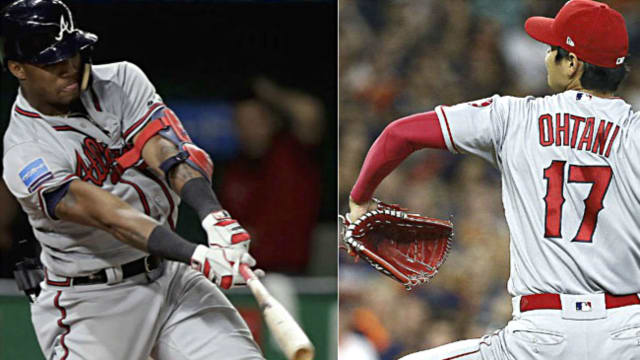 Ohtani, the former Japanese star who became the best two-way player since Babe Ruth, picked up 25 of the 30 first-place votes for the AL Jackie Robinson Rookie of the Year honours.

The hype was real.

Your 2018 American League Rookie of the Year: Shohei Ohtani. pic.twitter.com/GBvlRVUzFD

Andujar's New York team-mate, Gleyber Torres, finished third in the balloting, followed by Tampa Bay Rays second baseman Joey Wendle, Daniel Palka of the Chicago White Sox and Ryan Yarbrough of the Rays. No player was listed on every ballot.