I was wrong – Hamilton apologises for Sirotkin criticism 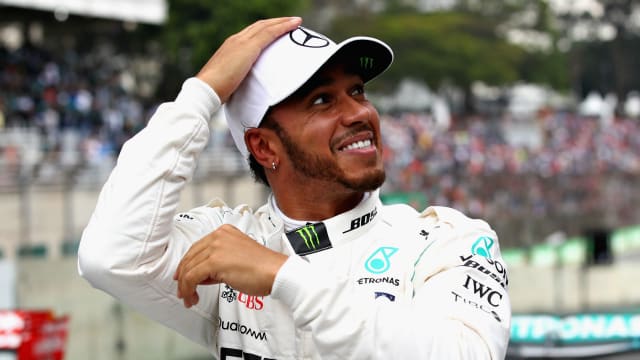 Lewis Hamilton has apologised for suggesting Sergey Sirotkin pulled off a "disrespectful move" during Saturday's qualifying at the Brazilian Grand Prix.

The newly crowned world champion moved to the left to create space for the Williams to come past him during Q2, only for Sirotkin to take the same line.

Sirotkin quickly swerved to avert the danger, but Hamilton criticised the manoeuvre, saying: "I don't know what his thinking was."

However, after reviewing the incident, Hamilton – who went on to claim pole – admitted he had over-reacted in the aftermath.

Wow A special replica of the @F1 Championship trophy the great five time Champion was awarded in the 1950s!

Now gifted to @LewisHamilton in recognition of his fifth title...

Who knows, maybe this will sit in Lewis’ own museum one day!! #BrazilGP#F1pic.twitter.com/qHPxkIja3Y

In an Instagram story, Hamilton posted: "Morning world. I woke this morning feeling I should correct some of the words I used yesterday.

"I was wrong, it wasn't a disrespectful move by Sergey, it was a misunderstanding and I honestly attempted to get out of his way.

"Didn't work that well but s*** happens and I respect the way he handled it."