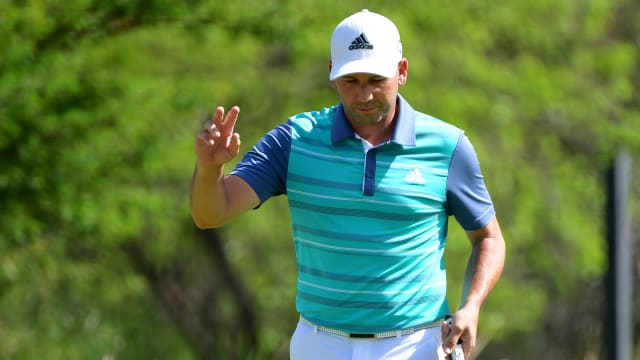 The in-form Sergio Garcia produced a first-round masterclass to take a four-shot lead in the Nedbank Golf Challenge.

The Spaniard maintained his momentum at Gary Player Country Club on Thursday, carding a magnificent bogey-free eight-under 64 to give himself a healthy advantage.

Garcia was outstanding with the putter as he went out in 33 and came home in 31, making a major statement to the rest of the field with his lowest round in Sun City for 17 years.

The 2017 Masters champion, eyeing a maiden Rolex Series victory, started with a birdie and picked up another shot at the seventh.

A long left to right putt at nine was followed by another birdie and he hit the front with a third in the row at the 11th, draining a mammoth putt from the edge of the green.

Three in a row for @TheSergioGarcia and the Spaniard takes outright lead.#NGC2018#RolexSeriespic.twitter.com/ruJrfYN3TU

Garcia made another three birdies in the last four holes to sign for his best round at this venue since he claimed the first of his two titles at Sun City in 2001.

Charl Schwartzel, Mike Lorenzo-Vera and Mikko Korhonen are in a share of second place, while defending champion Branden Grace is another two strokes back on two under.

Rory McIlroy has work to do as he attempts to mount a late charge for the Race to Dubai title after starting with a level-par 72, a double-bogey at 17 slipping the four-time major champion back.