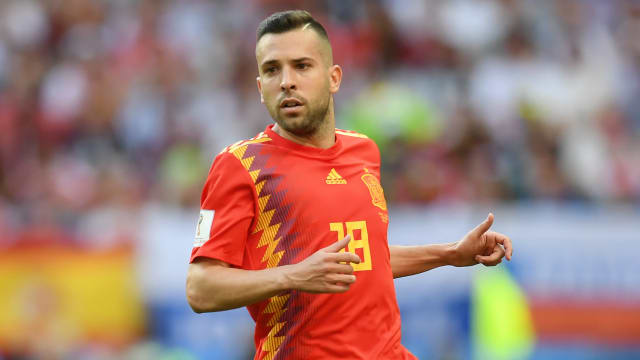 Barcelona left-back Jordi Alba has been called into the Spain squad for the first time since Luis Enrique took charge.

Alba has been the headline omission of his former Barca boss' international tenure, despite being first choice and in fine form for LaLiga's champions.

But the 29-year-old is back in favour for the concluding Nations League clash with Croatia and a friendly against Bosnia-Herzegovina, with Chelsea's Marcos Alonso missing out.