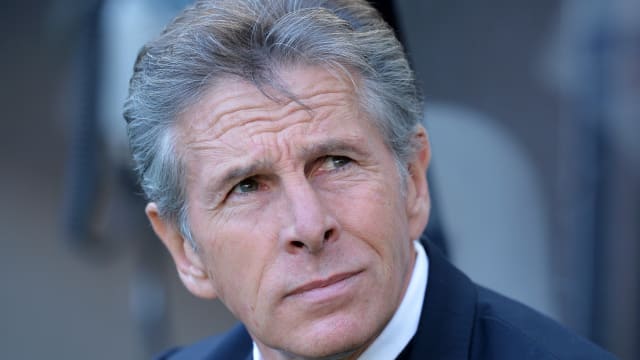 Srivaddhanaprabha was one of five people killed when his private helicopter crashed outside the King Power Stadium after Leicester's draw against West Ham.

Various tributes are planned for Saturday's visit of Burnley, Leicester's first home game since the death of Srivaddhanaprabha, whose leadership inspired the club to their unlikely Premier League title triumph in 2015-16.

Supporters will march through Leicester to the King Power Stadium, where fans will be given commemorative scarves and pin badges ahead of a video tribute to Srivaddhanaprabha being shown on the big screen.

A wreath will be laid on the pitch and a two-minute silence observed before kick-off, with Puel hoping Leicester's spirit shines through on a difficult occasion for all concerned.

"It's not easy to prepare this game. I think our togetherness gives us a good energy and fantastic strength. Our spirit, positive attitude and all the support from our fans will be important.

"In the last game, we formed the right balance between emotions and concentration. I think it's the most important thing to manage this emotion of the events at our next game and to have the possibility and to give then a good response and to honour our chairman. We need to find this balance.

"We cannot make a lot of training sessions but I said it was a good energy. This journey was good for us. All this togetherness, we showed our positive attitude.

"I think most of the [Srivaddhanaprabha] family will be here, I don't know who exactly. They will be here to receive all the support from the fans, the club. It's important to have all the family together on Saturday and to support and to honour our chairman."

Leicester will be without England duo Harry Maguire and James Maddison, while Burnley welcome back midfielder Jack Cork.

"This is bigger than football and this has touched a lot of people in terms of the person and people involved," Burnley boss Sean Dyche told a news conference.

"We will pay our respects and we are there to support Leicester, but when the whistle blows they will know we have a job to do."