We will see – Griezmann coy on Ballon d'Or 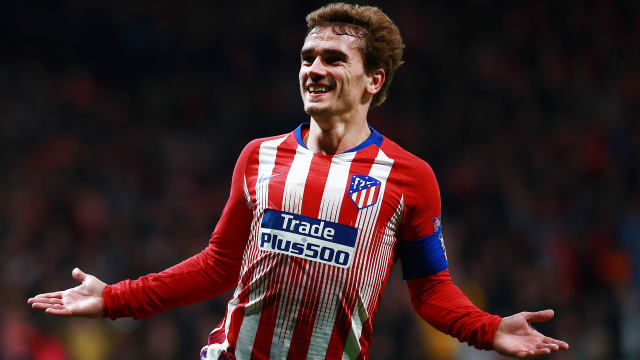 Atletico Madrid star Antoine Griezmann refused to be drawn on the Ballon d'Or, saying simply he would choose a French player as the winner.

Griezmann, 27, is among the contenders for the coveted individual honour, having won the Europa League with Atletico and World Cup with France this year.

But the star forward had little interest in discussing the prize after his side's 2-0 win over Borussia Dortmund in the Champions League on Tuesday.

"We will see [about the Ballon d'Or]," Griezmann said.

"I prefer to enjoy the game and my team-mates. The Ballon d'Or depends on votes, so we will see."

Asked who he would choose, Griezmann responded: "A French player."

Goals from Saul Niguez and Griezmann saw Atletico hand Dortmund their first defeat of the season.

Griezmann was pleased with his team's success, saying: "We played our way, which has helped us win before. We trust in that style and in our coach.

"I think this was Borussia Dortmund's first loss of the season, so we are proud it was against us."

Atletico joined Dortmund on nine points in Group A, with the teams clear of Club Brugge (four) and Monaco (one).