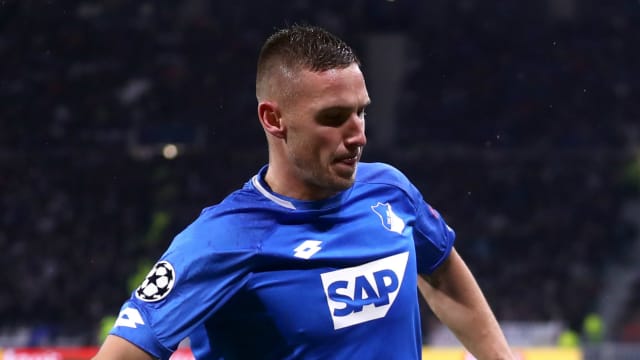 Hoffenheim's Champions League campaign was rescued at the death as Pavel Kaderabek scored in second-half stoppage time to snatch a 2-2 draw against Lyon despite being down to 10 men.

Lyon were set to celebrate a win that would have put them on the brink of the knockout stage after first-half goals from Nabil Fekir and Tanguy NDombele gave them control of the game.

Kasim Adams was sent-off for a second bookable offence to strengthen Lyon's hand but the match began to turn when Andrej Kramaric dragged a low shot into the net in the 65th minute.

Julian Nagelsmann's side pushed hard for an equaliser that looked like it might evade them until the 92nd minute when a free-kick to the far post found Kaderabek and he gratefully volleyed it home to earn his side a point that keeps them in contention to qualify from Group F, while second-placed Lyon now trail leaders Manchester City by three points.