Wales legend Jenkins bows out with missed conversion in win 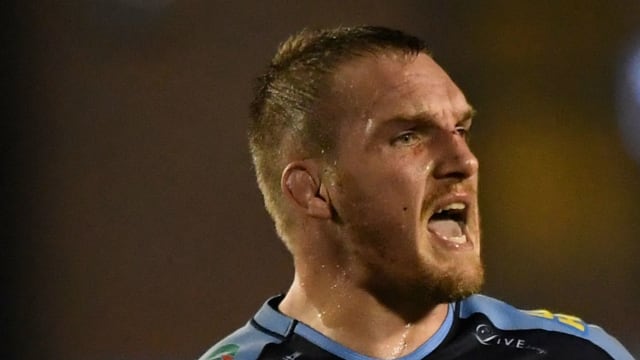 Jenkins this week announced he would quit after the clash with the Italian side at Cardiff Arms Park, as the pain he has endured from a right knee injury had become intolerable.

The 37-year-old prop, Wales' record cap holder with 129, was given a rapturous reception when he came on in the second half and signed off with an emphatic victory which moved the Blues up to fourth in Conference A.

Jenkins was given a shot at goal after Lee-Lo's second try right at the end but pulled his attempt wide after requiring assistance to get the ball to stay on the tee.

Thanks for the memories Gethin

Leinster moved nine points clear at the top of Conference B, but the European champions were made to work for a 38-31 win at Southern Kings.

Three tries in the space of four minutes at the end of the first half from Jamison Gibson-Park, Dan Leavy and Max Deegan proved to be decisive in Port Elizabeth, where the Kings had four players sent to the sin bin.

Munster reduced Glasgow Warriors' lead at the top of Conference A to eight points by seeing off the Cheetahs 30-26, Mike Haley's try in the 69th minute putting them back in front after Franco Smith's side had scored three tries in 11 minutes to scent an upset.