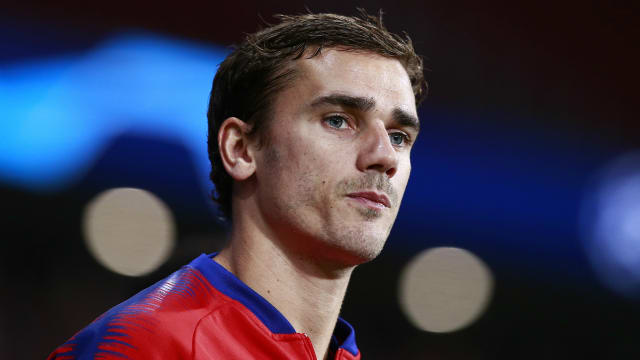 Antoine Griezmann has praised the standard of German football, believing the quality of their domestic competition is arguably closest to Spain's.

The French attacker was a first-hand witness only a fortnight ago, with Borussia Dortmund handing Atletico Madrid a 4-0 drubbing in the Champions League.

Ahead of Tuesday's return fixture, the 27-year-old recognised the Bundesliga's quality, believing it is underappreciated against the more popular Premier League.

"It's a very offensive league with a lot of attacking. I think Borussia Dortmund reflects the league quite well," he told Kicker.

"I would put Spain in first place - in the round of 16 and quarter finals of the Champions League there are many Spanish teams - followed by the Bundesliga or the Premier League.

"The Premier League is indeed more popular and is the world's most viewed and the Bundesliga is a bit in the shadow. There is less talk about it, but as far as talents and the teams are concerned, the difference is not much."

While not ruling out a move to Germany in the future, however, Griezmann was keen to point out his comfort in the Spanish capital in spite of the praise.

"The Bundesliga is very attractive, attacking football is played and there are many goals, as we had to experience in Dortmund the other day," he said.

"It could be (a league I could play in) but I feel very comfortable here with Atletico. We have a beautiful project here that I identify with 100 per cent. I want to help the club grow as it helps me grow, and we want to create history."