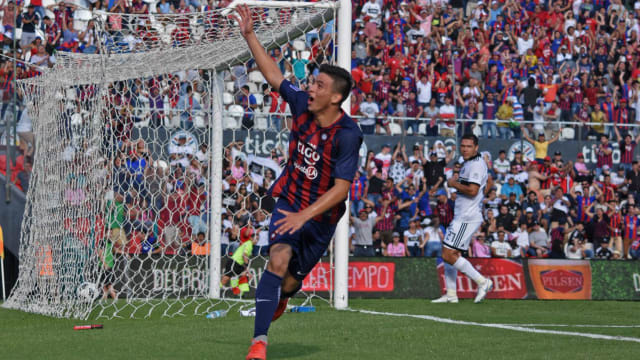 In what was only his second senior appearance, the teenager burst into the penalty area and deftly flicked the ball over onrushing goalkeeper Alfredo Aguilar, sparking wild celebrations among supporters and team-mates.

Olimpia levelled the match through Nestor Camacho's first-half strike before late drama at Estadio Defensores del Chaco saw stoppage-time goals at either end and both sides have a player sent off.

The result leaves Olimpia seven points clear of second-place Cerro at the top of the table after 17 games.