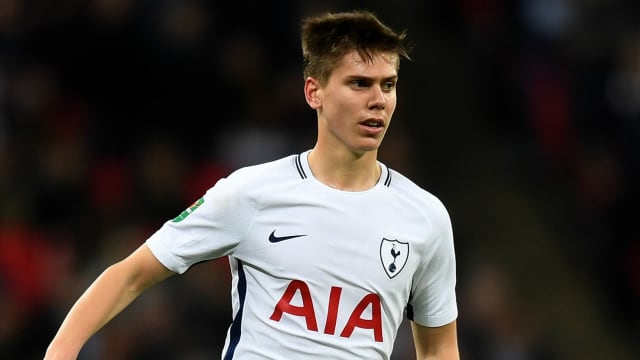 Spurs survived a stern late examination to return to the top four with a nervy 3-2 win at Wolves on Saturday.

The visitors seemed on course for a straightforward victory when Harry Kane struck to establish a three-goal buffer on the hour, but Foyth's fouls allowed Ruben Neves and Raul Jimenez to set up a tense final 10 minutes.

Kieran Tripper was guilty of cheaply conceding possession for the second, prompting Pochettino to remind his team of their duty to learn from errors.

"With the 3-0 lead I think everyone thought the game was over, but when you make a mistake you need to play more seriously and not concede so cheaply," the Spurs boss told Sky Sports.

"You put the game at risk. Those are things we need to be careful about, we need to have more discipline and be more responsible. You need to be respectful with the football.

"[Foyth's] performance was very good. Sometimes when you are in defence you can be involved in actions like this.

"On debut, he will always remember that situation. But the most important thing is we got the three points."

2 - Juan Foyth is the first player to concede two penalties in the same Premier League game since Phil Jagielka against Manchester City in October 2016. Clumsy.

Pochettino was forced to alter his plans at Molineux with an early ankle injury ruining Mousa Dembele's 250th club appearance.

The loss of the midfielder, who will undergo assessment on Sunday, aided Wolves in briefly establishing a foothold prior to Erik Lamela and Lucas Moura's quickfire first-half goals.

Though left with a third straight defeat, Nuno Espirito Santo took heart from the stirring recovery.

"It was a bad result for us but a fantastic reaction," he said.

"The boys gave everything they had, took risks in the backline, achieved two goals and we had more chances. It was a good effort.

"It was definitely a great game, a lot of enthusiasm, intensity. The action was good."