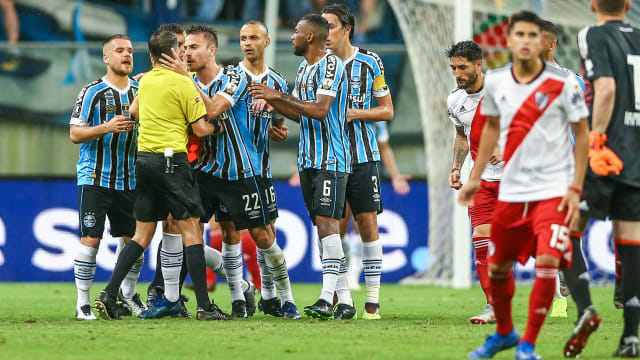 CONMEBOL failed to confirm who Boca Juniors will face in the Copa Libertadores final after Gremio announced an intention to appeal their elimination at the hands of River Plate due to coach Marcelo Gallardo breaking suspension rules.

River coach Gallardo was banned from the touchline for the semi-final second leg in Porto Alegre due to his conduct in the opening encounter, which the Brazilian side won 1-0 at El Monumental.

The Argentinian club reversed the deficit in Wednesday's second leg with a 2-1 triumph that set up a Superclasico in the final, but Gallardo admitted to entering the changing room at half-time, while he was also pictured communicating with his assistant Matias Biscay via radio from the stands.

Gremio later revealed they were to make a formal appeal to CONMEBOL – the governing body of football in South America – due to Gallardo's violation of suspension regulations.

CONMEBOL confirmed on Thursday that the first leg of the final will take place at Boca's La Bombonera stadium on November 10, but the return fixture – to be played 14 days later – has not been given a location, seemingly opening the door to Gremio.