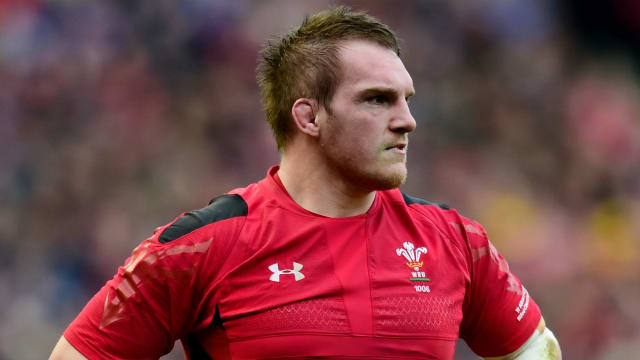 Wales great Gethin Jenkins will retire from rugby union this weekend after his final match for Cardiff Blues.

The 37-year-old prop has been capped a record 129 times by Wales, as well as featuring on two British and Irish Lions tours, and will appear for the final time against Zebre in the Pro14 on Sunday.

Jenkins has been battling a knee injury and has now made the decision that he cannot continue playing on a regular basis.

"I have been working hard rehabbing over the last three months and I was confident I was going to be back playing so it's disappointing to be retiring after Sunday's game against Zebre," he said.

Cardiff Blues legend, and Wales' most-capped international, @gethinjenkins1, will bring his illustrious career to an end after Sunday's clash against Zebre at Cardiff Arms Park. One of the greats! pic.twitter.com/AoHIkI7WMN

"It's obviously a big decision but I've had a good innings, it's time to finish and I'm looking forward to one more run out on the weekend and hopefully finishing on a high."

Jenkins will now take up a coaching role in the Cardiff academy.

Wales' most capped player, a legend for country and region, will be hanging up his boots this weekend.