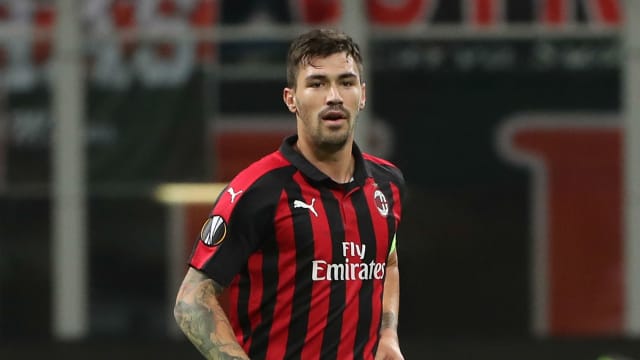 Alessio Romagnoli's stoppage time goal snatched a dramatic 2-1 win for AC Milan over Genoa at San Siro on Wednesday and moved Gennaro Gattuso's side up to fourth in Serie A.

Romagnoli had looked like denying his side maximum points after his attempted block of Christian Kouame's effort spun over Gianluigi Donnarumma for an unfortunate own goal 11 minutes into the second half.

Gattuso has now guided Milan to back-to-back league wins following their derby defeat to Inter 10 days ago, easing pressure on his own position.

Suso – fresh from his winner against Sampdoria at the weekend – got Milan off to a fine start, fizzing a left-foot strike from 25 yards past Radu after four minutes.

Franck Kessie then flashed into the side netting and Gonzalo Higuain whipped over from a promising position as Milan threatened to double their advantage inside the opening 20 minutes.

Gattuso's men were almost made to pay for those missed chances midway through the first half, though, when Krzysztof Piatek's deflected effort arrowed past Donnarumma's left-hand post.

Radu was called into action two minutes into the second half, acrobatically tipping over Higuain's deflected effort.

The importance of that save was brought into sharp focus after 55 minutes when Kouame's speculative attempt crashed into Romagnoli and left Donnarumma helpless.

Donnarumma produced a stunning fingertip save to deny Darko Lazovic five minutes from time and set the scene for Romagnoli's last-gasp lob from 20 yards over an exposed Radu.

What does it mean? Milan mirror Gattuso's fighting spirit
Milan were far from fluid against Genoa, but carved out enough opportunities to merit a second consecutive win. Gattuso will have seen much to admire in his side's never-say-die spirit – an attitude that characterised his own stellar playing career. Genoa, meanwhile, are in a rut and have now failed to win in four games.

Suso strikes again
The former Genoa loanee has enjoyed a fine start to the season and is now only three goals short of his best ever Serie A return for Milan. If he carries on like this, he can surely expect to add to his two Spain caps.

Really great effort from @suso30oficial who smashed a shot from distance right into the back of the net
Palla sul mancino, tiro da fuori e palla in rete. Che gol e che inizio!#MilanGenoa#ANewMilanpic.twitter.com/lcBGIpAxqu

Radu frustrates Higuain
The on-loan Juve striker came up against a Genoa goalkeeper in inspired form, but he will know that a player of his stature is expected to be the difference in games like this.

What's next?
Gattuso takes his side to struggling Udinese on Sunday eyeing a third consecutive league win, while Genoa return to Milan a day earlier to face Inter at San Siro.