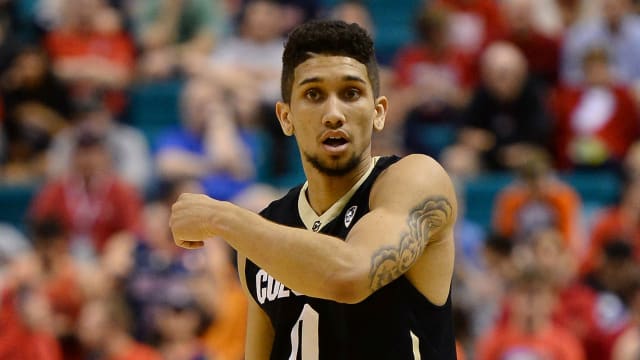 Murcia edged past Sidigas Avellino 72-69 on Tuesday to pull clear at the top of Group A in the Basketball Champions League.

Both teams came into the clash with perfect winning records this term and they were still neck and neck going into the last few minutes at Palacio de los Deportes.

However, two-time NBA champion Norris Cole – a star this season for Avellino – was wasteful throughout (2/12 field goals) and Askia Booker delivered late with a three-pointer nudging Murcia in front.

Malcolm Hill's 31 points had helped build a narrow advantage for the German side heading into the fourth quarter, but they were defeated 93-85 by visitors Wloclawek.

Group D also saw more joy for the pool's top team and disappointment for its basement side, with Virtus Bologna (4-0) downing Bayreuth (0-4) 74-67 at PalaDozza.

You are either sitting and watching the games or sitting and dishing the ! #BasketballCL@Virtusbo's @Dejan_Kravicpic.twitter.com/iE2qtDwV6b

Meanwhile, Oostende fell to a 79-73 home loss to previously winless Olimpija after a fourth-quarter collapse.

And Vangelis Margaritis' last-gasp free-throw saw PAOK edge past Nanterre 83-82 to belatedly get up and running in Group B.

Hapoel Holon beat Opava 88-72 to put pressure on the teams at the top of the pool, while Bonn won 83-79 at Fribourg Olympic.