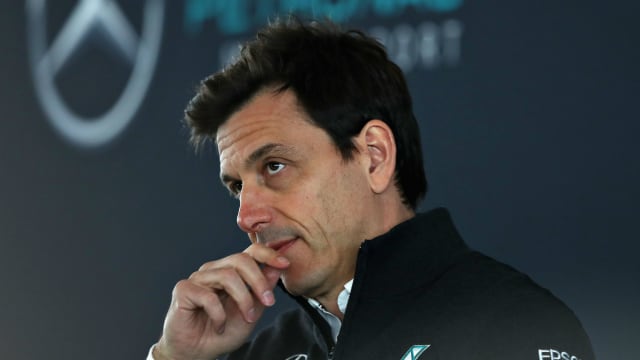 Mercedes' difficult day at the Mexican Grand Prix took some of the shine off Lewis Hamilton's fifth Formula One title for team boss Toto Wolff.

Hamilton needed only to finish seventh or higher to clinch the championship in Mexico City and he did so as he came in fourth, but Mercedes failed to challenge race winner Max Verstappen.

Although it mattered little as Hamilton claimed the title, Wolff found it difficult to celebrate after a frustrating afternoon.

"It's a fantastic title and I'm so happy for Lewis and the team," Wolff told Sky Sports. "It's bittersweet - we had a very bad race that we need to understand.

"In our mind, that plays a big role but we should be happy about the championship. I'm so upset about the race performance that I need to get myself together."

Mercedes technical director James Allison had a cheerier outlook as he backed Hamilton to show the same motivation again next year.

"It means everything to [Hamilton]. He is utterly focused on this," Allison said. "He's done five now, but it might as well be his first. He comes to each weekend burning up with desire.

"I'm sure he'll be the same next season as well - this is how he defines himself. He's not happy until he's done it."