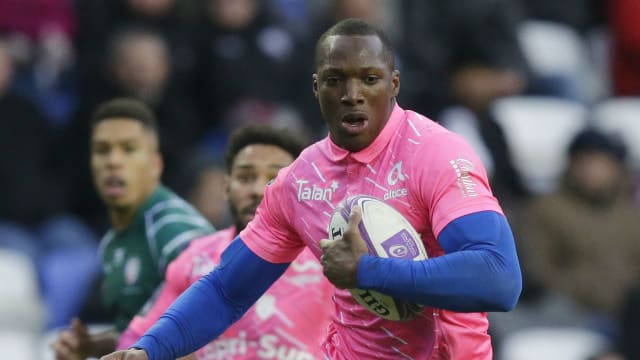 Clermont Auvergne extended their lead at the Top 14 summit with a bonus-point victory over Castres, but Stade Francais battled past Montpellier to limit the damage.

Clermont ran in five tries as they hammered Castres 41-6 at Stade Marcel Michelin and now hold a three-point advantage at the top of the table.

After Rory Kockott's penalty for the visitors began the scoring, Damian Penaud, Peter Betham and Alivereti Raka all crossed before the half-hour mark.

Judicael Cancoriet and Peceli Yato touched down after the restart, with Laidlaw successfully converting every try and adding two penalties to finish with 16 points.

Cruden converted his own try and added the extras to Kevin Kornath's score in the 71st minute to put Montpellier two points ahead.

However, Macalou went over four minutes from time ensure Stade did not slip any further adrift of Clermont.

Antoine Dupoint scored a second-half hat-trick as Toulouse earned a bonus point in a 36-18 success at Perpignan.

Toulouse trailed at the break, but Dupoint crossed for three of four away tries following the restart to turn the match in his side's favour.