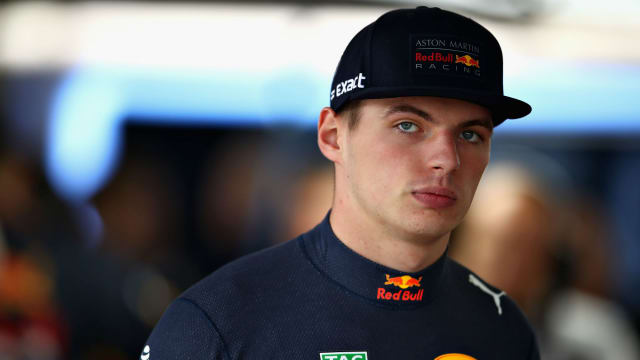 Max Verstappen fumed that his Red Bull car let him down as team-mate Daniel Ricciardo stole pole position in Mexico.

The Dutchman looked set to clinch the first pole of his Formula One career on Saturday after dominating all week, but Ricciardo came through at the last to push his colleague back into second.

A Red Bull one-two might provide cause for celebration for others on the team, yet Verstappen was not in the mood as he reflected on his afternoon's work.

"The whole qualifying was c**p," said the 21-year-old. "It was the same problems from P2, the engine braking not how I want to, rear-locking the car.

"We tried to make the best of it and I thought it was going to be enough with the problems we had, but it's still good to be second. I'll drive around [the problems]."

It's a front row lockout for the Bulls in Mexico!   #MexicoGP pic.twitter.com/498wptvC2F

Team boss Christian Horner had little sympathy for Verstappen, though, pointing out Ricciardo was driving the same car.

"Max had the same car and same opportunity," Horner said.

"Daniel did the better job in Q3 and deserves the pole. It's been well executed, we just need to convert it [into a win]."