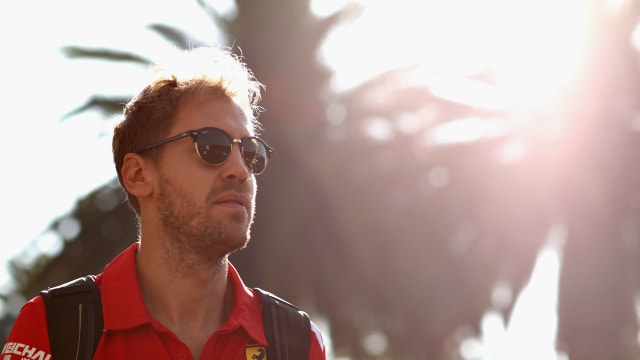 Sebastian Vettel says the criticism he has received for costly errors has been "fair" as Lewis Hamilton stands on the brink of sealing a fifth Formula One title at the Mexican Grand Prix this weekend.

Vettel was given a three-place grid penalty for not slowing down sufficiently as red flags were waved in practice at the United States Grand Prix last week and finished fourth in Austin following an early collision with Daniel Ricciardo.

Not for the first time, the Ferrari driver was facing the wrong direction as a result of a spin in the incident involving Ricciardo.

Vettel has no issue with the flak that has come his way after seeing his title hopes all-but disappear.

"It [the criticism] is fair," he said. "I spun. If you are the one spinning then something didn't go right, so I think it is fair.

"Obviously inside the car things look a little bit different, then you look from 13 different angles and in slow motion and by that time even the last person in the paddock might have an opinion, so it is obviously different. But it might differ... every opinion might differ.

"The main thing is that fundamentally I didn't try to do anything silly or stupid, I wasn't hard-headed or trying to do something that would never work.

"Obviously now it has happened a couple of times, too much, so next time there will be a gap, I am sure I will go for a gap, but surely it is in the back of your head trying to keep the car facing the right direction."

He added: "Obviously you want to have the inside to the corner, that doesn't change. But I don't know.

"The closer you are to another car you lose some downforce, obviously the spins I had were all quite weird because there was not much I could have done. It is not like I had gone in too fast or would have spun on my own at that speed, not at all, so I guess there must be some sort of hole or something being on the inside of a car in that position

"Obviously on all three occasions I wasn't clearly ahead, at best side by side, so maybe next time I try the outside."